Explore the sights along the Seine... passing by the painted landscapes and seaside villages of this French cultural hub

The third-longest river in France, the Seine emerges from the earth in a remote spot called Source-Seine, in the Burgundy wine region of northeastern France. It flows northwesterly, curving through Paris, to the Normandy coast, where it empties into the English Channel. The most important river in northern France (and with modern canals linking it to the Loire, Rhône and Rhine), the Seine has been the hub of Paris, and of France, since the Middle Ages. Discover this gently flowing waterway, which has long captured the world's imagination as one of its most romantic and inspiring rivers.

Mouth: The Seine Estuary between Le Havre and Honfleur at the English Channel

Oldest Trade Routes:
The Celts, or Iron Age peoples, used the Seine River to transport tin from Brittany and Cornwall to present-day Europe. Ancient Romans greatly increased trade along the waterway. Eventually, the Vikings sailed south on the Seine River and made the section north of Paris an integral part of their trade routes—a network connecting northern Europe and the British Isles.

A Brief History of the Seine River

Early Civilizations Along the Seine
Seine River facts can be traced back a long time. Neanderthal stone tools from as far as 500,000 years ago have been discovered in the Seine Basin, notably in Chelles, a present-day suburb of Paris. From about 1000 BC, Celtic tribes, the Gauls, lived in pockets along the Seine River. Notably, the Parisii tribe settled on Île de la Cité, on the right bank of today's Paris. Meanwhile, Source-Seine was a major destination and shrine to which Celtic pilgrims would flock for a cure.

Roman Empire, Rise and Fall
In 52 BC, Julius Caesar defeated Gaul and incorporated it, and the Seine River, into the Roman Empire. The Romans called the Seine Sequana, expanded river trading dramatically, fortified the settlements along the river and built up the Gallic city of Lutetia, the ancient forerunner of today's Paris. Roman influence began to decline as the empire crumbled, in part due to constant attacks by German tribes, and Clovis I, King of the Franks (one of the German tribes) became the first Christian king to rule Paris.

9th to 11th Centuries
During the 9th century, the Vikings pillaged the Upper Seine, destroying much of Rouen, and sailed the river south to attack Paris, laying siege to the city for a year to no avail. From then on, the Paris basin remained under the dominion of a succession of French rulers, including Charlemagne, who made the region part of his vast kingdom stretching throughout Europe. The Seine north of the Paris region was controlled by the Norman kings, descendants of the Vikings.

The Middle Ages
French kings made Paris the economic, political, religious and cultural capital of France, while Normandy to the north became English territory and continually fought, unsuccessfully, to take Paris and its surrounds. After Joan of Arc, champion of the French king, was tried by English sympathizers and burned at the stake in Rouen in 1431, her ashes were thrown into the Seine River from the Mathilde Bridge.

The French Monarchy
The area around the Seine centered on Paris was the seat of the Crown of France, the personal domain of the king of France, unlike the rest of the country, which continued to be ruled by feudal lords. In 1750, the royal administration began to clear out the bustling markets, laundry boats and artisan workshops from the banks of the Seine to make the river more hospitable to navigation.

Imperial France
In 1864, Napoleon proclaimed that the region of Source-Seine belonged to Paris, and had a grotto built at the spring. So central to the identity of the French people was the Seine, that Napoleon's will declared his wish to be buried "on the banks of the Seine, in the midst of the French people [whom I] loved so much." His wish was denied by Louis XVIII, who feared the burial of Napoleon's remains by the Seine would incite political unrest.

20th Century
The Seine was the site of the rowing, swimming and water polo events of the 1900 Summer Olympics, and the Olympic rowing events in 1924. In 1944, during World War II, it figured prominently during the closing phases of the Battle of Normandy following the Allied D-Day invasion, when the First Canadian Army fought the beleaguered German 7th Army in the Forêt de la Londe on the west side of the Seine, cutting them off as they tried to escape across the river.

21st Century
The Seine remains central to French life, culture and identity. The port of Le Havre at the mouth of the Seine is France's largest international shipping port, and the river runs through the wealthiest and most populated of the 27 administrative regions of France, known as Île-de-France or the Paris Region. This district has more residents than Austria, Belgium, Finland, Portugal, Norway or Sweden. Economically, Île-de-France is the world's fourth largest, and Europe's wealthiest and largest, regional economy.
And here's one of the latest Seine River facts: In the summer of 2002, a new Seine tradition began. Now every summer, tons of sand, along with palm trees, beach chairs, ice cream stands and more, are brought to the pedestrian banks of the Seine in Paris to transform them into beaches, known as Paris Plages, creating a mecca for urban sun-worshippers.

The Seine River in European Culture 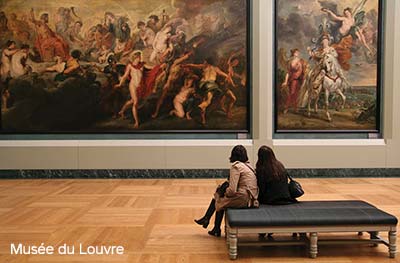 Art
Among the more colorful Seine River facts is that, along with nearby towns and villages, it's been the inspiration and the subject of painters for centuries, and none more so than the Impressionists. The forerunner of the Impressionist movement, l'école de Honfleur was launched in Honfleur, the small, picturesque trading port at the mouth of the river. Drifting down the Seine, from Rouen to Giverny, Auvers-sur-Oise, Conflans-Sainte-Honorine and, of course, Paris, you'll see sight after sight that has been famously interpreted and depicted in light-flecked detail by 19th- and 20th-century artists, including Monet, van Gogh and Seurat.

Architecture
From the Louvre to the Eiffel Tower, the Place de la Concorde and the Grand and Petit Palais, the evolution of Paris and its history can be seen from the Seine River. The Cathedral of Notre Dame and Sainte Chapelle are architectural masterpieces, while the wide squares and boulevards built by Baron Haussman for Napoleon III influenced late 19th- and 20th-century urban planning all over the world. Rouen also possesses a rich architectural heritage in its medieval streets of half-timbered houses and notable Gothic and Renaissance edifices, as do the quaint villages of Les Andelys and other communities along the Seine River.

Literature
There is virtually no beginning or end to the list of writers from around the world who have lived in Paris and written about it. Some of the French writers who are most closely associated with Paris include Balzac, Zola, Hugo, de Beauvoir and Sartre. In the 19th century, Paris also became a renowned refuge for celebrated expatriates, such as Oscar Wilde, Hans Christian Andersen, F. Scott Fitzgerald, Ernest Hemingway and James Baldwin. Further north, Rouen is famous as the home of Flaubert (who set part of Madame Bovary there),  Corneille (the great 17th-century dramatist) and de Maupassant.

Cultural Institutions
In cities and towns along the Seine River, innumerable universities, abbeys, churches, museums, orchestras, opera, theatre and dance companies and other major cultural institutions, such as historic châteaux now open to the public, have flourished—many for centuries. A few prime examples are noted here:

Musée D'Orsay, Paris, France: This superior museum, housed in a renovated former railway station, is home to an exceptional collection of Impressionist and Post-Impressionist works.

Musée du Louvre, Paris, France: One of the world's great museums, the Louvre is famous, of course, as the home of the Mona Lisa and Winged Victory. But this vast and sumptuous royal palace, in its successive architectural incarnations, has dominated central Paris since the late 12th century. Today, the Louvre's collection covers Western art from the Middle Ages to 1848, formative works from ancient civilizations, and works of Islamic art.

Claude Monet's House and Gardens at Giverny, Giverny, France: Preserved as they were during the painter's lifetime, Monet's house, studio and gardens provide an eye into the painter's life and creative process, and, through him, into the heart of the Impressionist movement itself.

Food
Dining along the Seine River is an encounter with the essence of French cooking. Starting in Burgundy, you will find hearty, earthy dishes, such as classic boeuf bourguignon, coq au vin and escargot. Dijon mustard hails from here.

Farther north, Parisian food, of course, needs no introduction. Suffice it to say that Paris has taught the world to cook. The birthplace of the definitive cooking school, Le Cordon Bleu, Paris is the ultimate place to enjoy haute cuisine, bistro fare par excellence, or even a simple – and simply perfect – crèpe suzette or baguette jambon.

Normandy's cuisine, on the other hand, is known for the four Cs: camembert, cream, cider and Calvados. Normandy's orchards produce many, many varieties of apples and have made cider tasting a regional sport, while its dairy farms supply France—and the world—with cheeses known for their richness. A typical Normandy dish, veal cooked Vallée d'Auge style, includes both cream and butter. Other regional specialties are based on the plentiful seafood available along the Normandy coast, such as sole meunière and fruits de mer.

Wine and Spirits
The Seine River springs from the earth in Burgundy, one of France's legendary wine regions, where Chardonnay and Pinot Noir grapes are grown and harvested. As the river winds north, past Paris, it reaches Normandy, whose gift to the drinking world is an exquisite apple brandy called Calvados. This precious golden brown liquor, from more than 200 distinct varieties of apple, has been produced in Normandy since the 16th century. A small drink of Calvados is often taken between courses in a very long meal to revive the appetite, as an apéritif, or with coffee.

What to Expect Along the Seine with Tauck 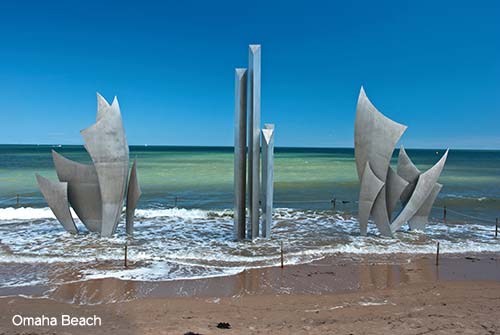 Ready to explore these Seine River facts firsthand? Tauck's river cruises along the Seine engage you with more included, exclusive experiences than any other river cruise company in Europe—from in-depth sightseeing to cultural visits behind the scenes and dining ashore on fine regional fare in captivating locations. Here are just some examples: