Discover the answers to the mysteries surrounding the Danube... learn about this major route of transport, trade and travel since the dawn of history. 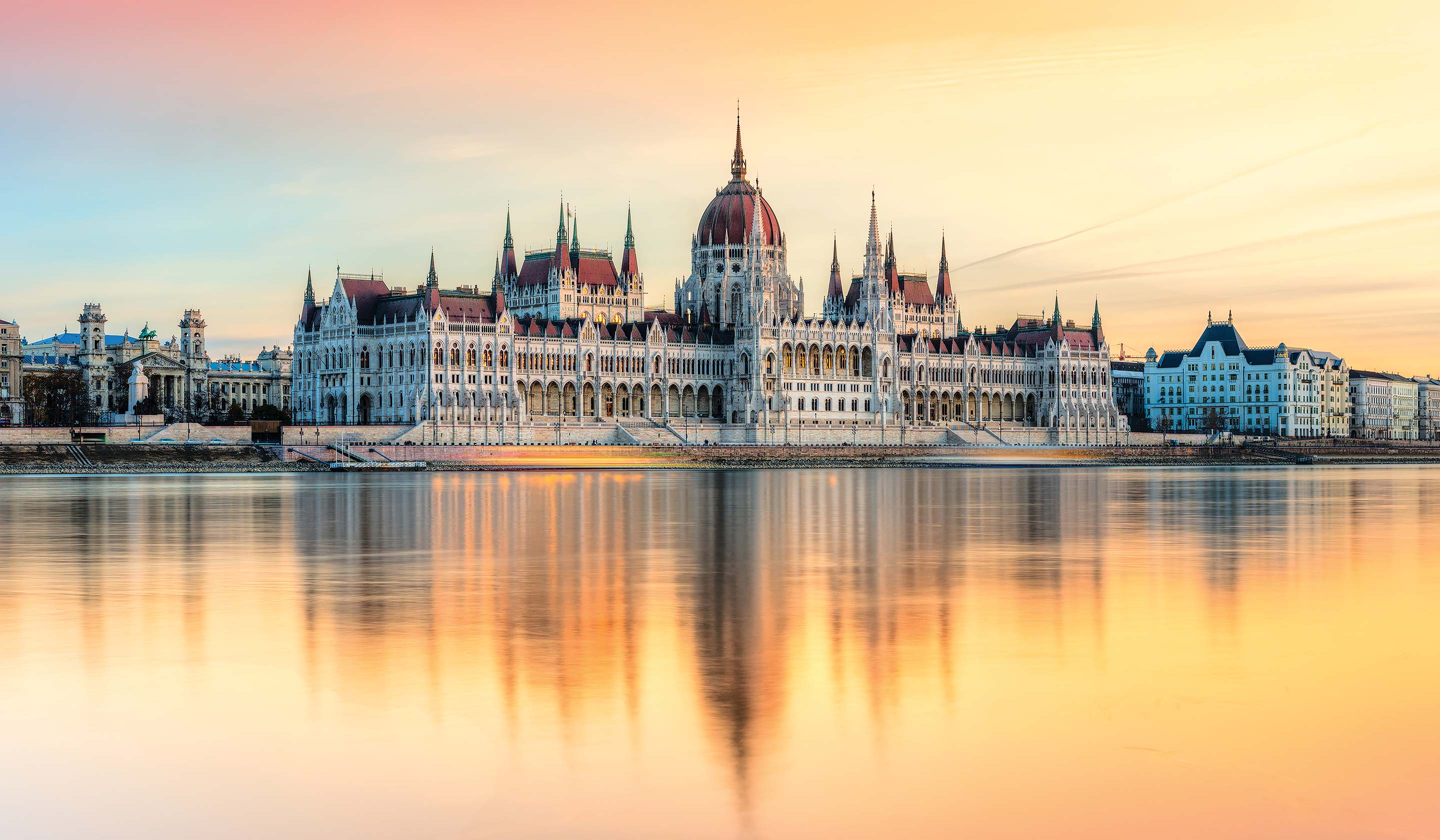 Mouth: In the Danube Delta of Romania, at the Black Sea

Oldest Trade Routes:
Ancient Greeks navigated up the Danube from the Black Sea, as far as the Iron Gate. Later, as river transport was developed by the Romans, many cities along the Danube began as Roman military outposts. In medieval times, goods were moved either by boat or barge, or along its banks, fostering development of the Habsburg and Hungarian empires.

Locks Along the Danube River: 16

Key Cities Along or Near the Danube River:
The Danube River flows directly through many significant European cities, including four national capitals – Vienna (Austria), Bratislava (Slovakia), Budapest (Hungary) and Belgrade (Serbia); other key cities are located nearby.

A Brief History of the Danube River

Early Civilizations Along the Danube
Some of the earliest human cultures on Earth were sited in the Danube basin, including such Neolithic peoples as the Linear Pottery and Vinča cultures. By the first millennium BC, ancient Greeks explored and traded along the lower Danube as far as the Iron Gate.

Medieval Period
After the fall of the Roman Empire, castles and fortresses were built along the Danube by Charlemagne (Werfenstein, 9th-century) and other rulers throughout the Middle Ages, as various kingdoms merged into Austria’s Habsburg Empire by the 14th century.

Imperial Period
Between the 14th and 19th centuries, the Ottoman Turks struggled with the Hungarian and later Austrian (Habsburg) Empires for control of the Danube. The river formed the Ottoman Empire's northern border for centuries.

20th Century
With the breakup of both the Ottoman and Austro-Hungarian empires after World War I, the upheaval of World War II, the Cold War, the Balkan Wars and the formation of the European Union, the Danube region saw numerous changes across the decades.

Geopolitical & Economic Importance Today
Today, with its borders generally settled, the Danube River is an important transport route for the whole of Europe, and is designated as "Corridor VII" of the European Union. Since the opening of the Rhine-Main-Danube Canal and the Danube-Black Sea Canal, the river links the North Sea and western Europe with the ports of the Black Sea.

The Danube River in European Culture

Over the centuries, the civilizations along the Danube have contributed mightily to some of the most significant artistic movements in European history – and the river itself has inspired a wide range of works across the spectrum:

Art
The Danube region has spawned everything from the religious art of the Middle Ages, to painting and sculpture of the Renaissance period. Most notable are the painters of the “Danube School” of landscape painting, who emerged during the first three decades of the 16th century, primarily in the Danube Valley in Austria and Bavaria – these include Albrecht Altdorfer (Regensburg), Jörg Breu the Elder (Augsburg) and Wolf Huber (Passau). They were among the earliest to engage in pure landscape painting, employing a highly expressive style. 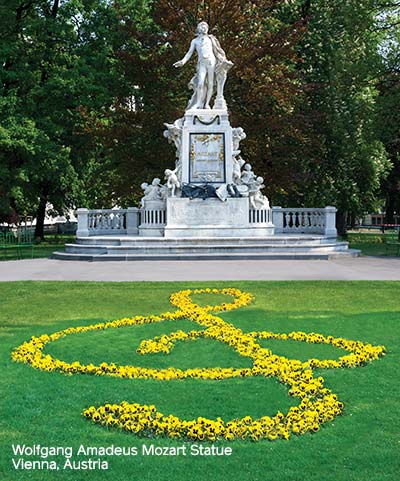 There are no less than five cities along the Danube where many of the world’s greatest composers of the last three centuries lived and worked at some point in their lives. A Mozart fan could trace his life and career from his birthplace in Salzburg… to several Vienna apartments where he took up residence… to the Estates Theatre in Prague, where Don Giovanni premiered... to Bratislava, where he performed as a child… to Budapest, where his musical stamp is everywhere and back to Vienna for his final resting place in St. Mark’s Cemetery. The river itself has directly inspired works like “Waltz King” Johann Strauss II’s On the Beautiful Blue Danube and The Waves of the Danube by Romanian composer Ion Ivanovici.

Literature
Books inspired by or featuring the Danube run the gamut from early 20th-century fiction such as Jules Verne’s posthumously published novel, The Danube Pilot (Le Pilote du Danube), and Algernon Blackwood’s supernatural story set on the Danube, The Willows; to British author/adventurer Patrick Leigh Fermor’s account of the Danube leg of his 1930s journey across Europe by foot, Between the Woods and the Water.

Cultural Institutions
A wealth of universities, monasteries, libraries, museums of art and history, orchestras, opera and theatre companies, and other key cultural institutions have thrived – many of them for centuries – along the Danube River… both in major cities like Prague, Vienna, Bratislava and Budapest, as well as in less populated areas along the river:

Kunsthistorisches Museum, Vienna, Austria: Opened in 1891, the Kunsthistorisches (Museum of Art History), on Vienna’s Ringstrasse, was commissioned by Emperor Franz Joseph I of Austria to make the Habsburg family’s vast art collection accessible to the public. Today, its collections comprise Greek, Roman and Egyptian antiquities, sculptures and decorative arts, and significant European paintings from the 14th to 18th centuries.

Melk Abbey, Melk, Austria: Among the world’s most renowned monastic sites, this Benedictine abbey overlooking the Danube in the Wachau Valley was founded in the 11th century, and has been a center of learning for a millennium. The Baroque structures of the current complex were built between 1702-1736, and their library holds a remarkable collection of medieval manuscripts from the 12th – 15th centuries.

Prague Castle, Prague, Czech Republic: Prague's ancient Hradcany (Castle) district is dominated by the 1,000-year-old Prague Castle complex of palaces, courtyards and gardens, the center of government for the kingdom of Bohemia under the Habsburgs for centuries and, later, Czechoslovakia. Within this complex lies Strahov Monastery and its gorgeous Baroque libraries dating back to the 18th century.

Food
Germany: Along with its beers, breads and cheeses, Germany – especially Bavaria – is renowned for bratwurst. In one tavern in Regensburg, this sausage has been served the same way for 500 years – grilled over charcoal, with sauerkraut and mustard.

Austria: Wiener schnitzel is the traditional Austrian dish featuring boneless meat, pounded with a mallet, then fried in an egg-and-breadcrumb coating. Another longstanding custom are the heurigen – traditional taverns attached to fine wineries, which can be found in the Vienna Woods, just outside the city. Most visitors don’t know about this off-the-beaten-track opportunity to taste authentic Viennese food in a cozy atmosphere with local charm.

Hungary: With roots dating back to the 9th century AD, goulash – a thick soup or stew of meat, vegetables and noodles and flavored with paprika and other spices – rules in Hungary, but nearly every country along the Danube has its own national version.

Wine
The Danube River valley is home to many world-class wines, and viticulture in the region goes back nearly 2,000 years. The valley’s prime winegrowing areas include Wachau, Kremstal, Traisental, Kamptal and Wagram. Varieties produced in the region include Grüner Veltliner, Roter Veltliner, Riesling, Zweigelt and Blaufränkisch.

What to Expect Along the Danube with Tauck

Tauck’s award-winning river cruises along the Danube offer more included exclusive experiences than any other river cruise company in Europe — from in-depth, behind-the-scenes sightseeing to immersive dining ashore in interesting venues. Here is just a sampling: 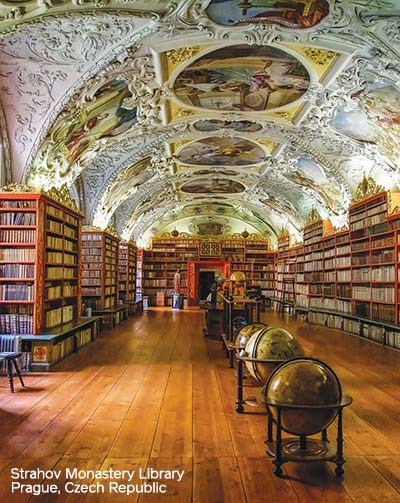